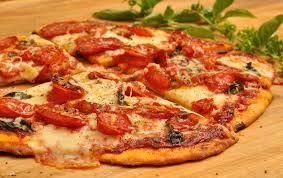 Cuisine is perhaps Italy’s most recognizable cultural landmark, its evolution parallels social and political change, and the regional variation of foods is emblematic of Italy’s rich national tapestry. The delectable nature of Italian cuisine, is defined by simplicity, minimal preparation and only the finest of ingredients. 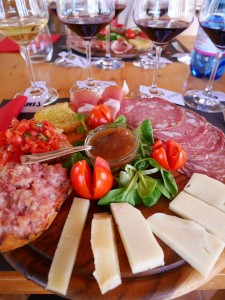 Though it is difficult to determine the precise origins of Italian food, it appears that the fertile and agriculturally renowned region of Tuscany fostered many of the dishes which have since defined Italian cuisine. Pellegrino Artusi was the son of a wealthy merchant, and in 1891 published the cookbook La scienza in cucina e l’arte di mangiare bene (The Science of Cooking and the Art of Eating Well), a book which is widely regarded to have shaped the canon of contemporary Italian cuisine. Artusi wrote the book will residing in Tuscany, finding inspiration from the region’s diverse range of game, fruits and vegetables. 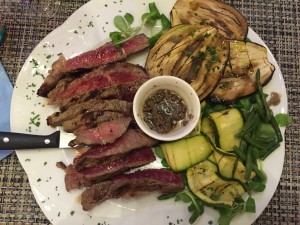 Many of the dishes enjoyed regularly in modern Tuscany, are inspired by medieval circumstances, wherein peasants and frugal farmers relied on resourcefulness and a ‘waste not want not’ mantra to survive. Thus Tuscan dishes are typically menial, though comprised of the finest quality of ingredients; notably legumes, bread, cheese, vegetables, mushrooms and fruit. 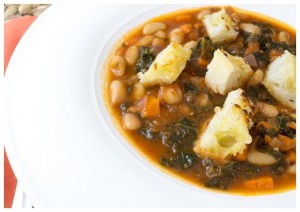 The resourcefulness concomitant with Tuscan cuisine has led to the creation of dishes such as ribolita, translating literally to reboiled, the dish is leftover minestrone soup reboiled and thickened up with staled bread. Similarly, Pappa al pomodoro is a simple soup made up of tomato, garlic, basil, olive oil and stale bread; typically it was produced because of the regional availability of the ingredients, its simplicity and ensuing delicious flavor. Accompanying such dishes will be a regional white, plain and unsalted bread; the origins of the bread are from an exuberant tax put on salt in 16th Century Tuscany. Despite their humble beginnings, both of these dishes can still be found in modern fine dining restaurants. 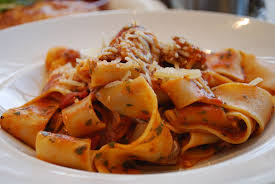 The Tuscan region is also known for its rich game, including wild boar, hare, fallow deer, roe deer and pheasant; meats which usually comprise the sauce accompanying Pappardelle (large, flat pasta). Also they are stewed, cinghiale in umido (stewed wild boar) and roasted faraona arrosto (roaste guinea fowl). The renowned Florentine steak is a cattle which grazes in the Tuscan Chiana Valley and the Maremmana. The Florentine steak is typically a T-bone marinated modestly with salt and pepper, grilled over a charcoal or wood fire and served rare; its enormous size is meant for sharing. 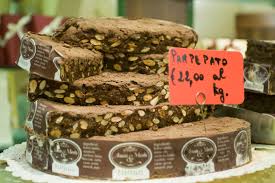 The Tuscan region has also produced a number of deserts which have remained culturally relevant, and spread globally with the Italian diaspora. Panforte is a cake that dates back to 13th century Siena, and was traditionally payed to the monks and nuns of a local monastery as a tax, 11th century Crusaders also carried panforte, its heartiness meant it was the perfect warfare snack. The word Panforte literally means ‘thick bread’, garnering the name from its dense texture, spicy flavor and the fruits and nuts within the cake.

Get in touch with us

Alternatively, fill in the form to enquire about our tours